Would You Pray With Me…

“Thank you, God, for loving me and sending your Son to die on the cross for my sins. I give Jesus control of my life. Help me to be the person that You want me to be. In Jesus’ name, Amen.”

You’ve made the most important decision you will ever make in your life. Jesus said, “If anyone comes toward me, I will not turn him away.” He is your answer to your questions on life’s journey. We want to hear from you, connect with us, write and tell us about your decision. We will write you back.

Yes, I Prayed This Prayer

Discovering Who Jesus Is

The world knows that 2,000 years ago a man named Jesus came from the town of Nazareth in what is now called Israel. He traveled about the region and gained a large following. After a few years, the religious leaders in Jerusalem falsely accused him of crimes and handed him over to the Roman authorities. They executed him by nailing him to a cross. A short time later, his followers preached in the name of Jesus Christ, whom they said rose from the dead. More and more followers were added to this movement which has become the Christian church of today.

These are the facts upon which even the greatest skeptic will agree. But there is so much more to Jesus than that. Where he came from, what he did on earth, what he can do for us now is all revealed in the Bible. This book contains the only record of Jesus and was written by the generation of people who heard him teach and saw his deeds. Here is what the Bible teaches us about Jesus Christ:

John wrote about Him: In the beginning was the Word [poetic description of Jesus], and the Word was with God and the Word was God (John 1:1 ESV). He created the world and all that is in it (John 1:3). The religious leaders of his time understood that Jesus claimed to be God (John 5:17-18). Paul wrote that when Jesus died, the Father revealed to the entire world that He was God (Philippians 2:5-11).

According to the Bible, “Son of God” means: (1) He is fully God. (2) He is one of three persons who together make up the One God. This concept is called the “Trinity.”

The religious leaders of Jesus’ time understood this concept: This was why the Jews were seeking all the more to kill him, because not only was he breaking the Sabbath, but he was even calling God his own Father, making himself equal with God. (John 5:18 ESV)

4. JESUS CHRIST IS THE SAVIOR OF THE WORLD.

Anytime we disobey God is called sin. The penalty for sin is death, but God in his love wants us to live. Therefore, he sent the promised Messiah (also called Christ) to save the world (John 1:41). The Son of God, Jesus Christ, came to earth to die in our place. Because He lived a life without sin, only He was qualified to pay for our sins by His death on a cross. He then demonstrated His power over death when He rose from the grave three days later. Only through Jesus can our sins can be forgiven and we can come to God (Acts 4:12). Jesus Christ is the Savior of everyone in the world (John 3:16).

All through his time on earth, Jesus performed miracles. He healed the sick (Matthew 8:16 among many other instances), controlled the weather (Mark 4:39), multiplied food (Matthew 14:14-21), and provided money when needed (Matthew 17:24-27). Even after leaving the earth, He still does miracles in people’s lives (Acts 3:12-16).

People who followed Jesus turned away from their sins. He cast seven demons out of Mary Magdalene (Luke 8:2) and she became a devoted follower who told others that Jesus had risen from the dead (John 20:16). Zaccheus, a tax collector, repaid people whom he cheated when collecting taxes and gave half of everything else to the poor (Luke 19:1-10). When followers were filled with the power of the Holy Spirit, they were able to declare the message of Jesus, perform miracles, and live free from sin (Luke 10:1-20).

For nearly 2,000 years, Jesus Christ has been changing the lives of people all over the world. Therefore, if anyone is in Christ, he is a new creation. The old has passed away; behold, the new has come (2 Corinthians 5:17 ESV). He can change your life as well. Jesus will deliver you from sin’s addiction (Romans 6:22), renew your mind (Romans 12:2), and heal your hurts (2 Thessalonians 2:16-17).

Would you like to pray to receive Jesus into your life?

After Jesus rose from the dead, He ascended to heaven to the place where he was before becoming human. From there he is able to hear our prayers (Romans 8:34).

8. JESUS WILL RETURN TO JUDGE ALL HUMANITY.

While he was still on this earth, Jesus said, Then will appear in heaven the sign of the Son of Man [a title Jesus used for Himself], and then all the tribes of the earth will mourn, and they will see the Son of Man coming on the clouds of heaven with power and great glory (Matthew 24:30 ESV). When Jesus returns, He will separate those who will live with Him forever in heaven from those who will be punished (Matthew 25:31-33).

9. JESUS CHRIST WILL RECEIVE YOU IF YOU COME TO HIM.

Jesus said, Whoever comes to me I will never cast out (John 6:37 ESV). This was why He came to earth—to seek and to save the lost (Luke 19:10 ESV). It does not matter what you have done, Jesus still wants you to come to Him. He said, I have not come to call the righteous but sinners to repentance (Luke 5:32 ESV).

Following Jesus is a journey. We're here to walk with you. Let's explore who Jesus is and what it means to follow him. The Jesus Path with help you grow deeper in your relationship with Jesus.

Be immersed in one of Jesus’ most famous teachings and learn how to apply HIs Truth to your life each day.

For centuries, believers have memorized and used the Lord's prayer as a tool for going to God in prayer. It was given by Jesus in response to his disciple's request for a lesson in prayer. It continues to be a lesson for us as well.

Perhaps you have questions about who Jesus is. We'd love to answer those questions. Check out some of the common questions people have about Jesus. 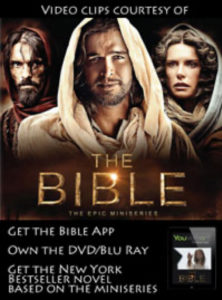 The Bible visuals used by permission. Please visit this link to make a purchase. Learn More

I Made A Decision

Jesus offers you forgiveness and a new life. Let us know about your decision.

Questions are good! Let us know your thoughts or concerns and we'll connect with you.

Please Pray For Me

If you would like someone to pray for you, click the button and we'll connect with you.